Columbia Space Initiative Shoots for the Moon with NASA 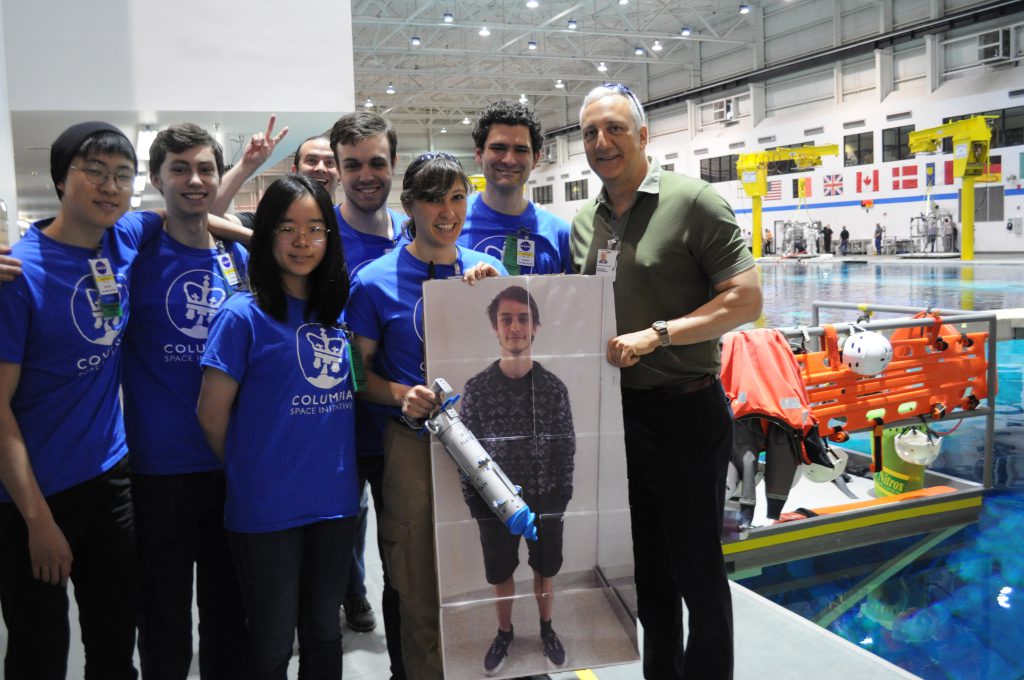 The Columbia Space Initiative (CSI) is a group of students of all backgrounds and majors dedicated to advancing space technology through the pursuit of technical projects and space-related programming. We are involved in everything from space mission design, high altitude balloon design, miniature satellite design, space industry outreach, model rocket launching, and more!

Over the summer, CSI competed in two challenges sponsored by NASA. The first, the Micro-G design challenge, involved designing, machining, and testing a space-related tool at NASA’s National Buoyancy Laboratory (NBL). In late May, CSI members visited the NBL. They had an asteroid anchor of their own design tested by professional divers. Their anchor had to hold at least 10 lbs of force when embedded into sand. It was able to withstand more than 30 lbs of force during testing!

The second challenge, the RASCAL challenge, involved designing a hypothetical mission plan for NASA. Team members designed a mission plan for visiting Deimos, one of Mars’ moons. The mission plan included technical outlines, budget specifics, and a timeline for completion. Team members were invited to Cape Canaveral in late June, where they presented their mission design to NASA judges and were awarded multiple honorable mentions!

As your Engineering Student Council, our goal is to make the world a better place by empowering and enabling our engineers to fix the problems that they care about most. We’re looking forward to working with you throughout your time here at Columbia.

We’ll be updating the members pages with more information soon, as well as creating an area where we will publish our survey results. In the weeks to come, we’ll also be creating a better disabilities information page, and we’ve got a blog series planned for engineering student groups on campus.

Feel free to email [email protected] with any questions or concerns, or drop us a suggestion in our suggestion box when it comes online!

The Members of Engineering Student Council